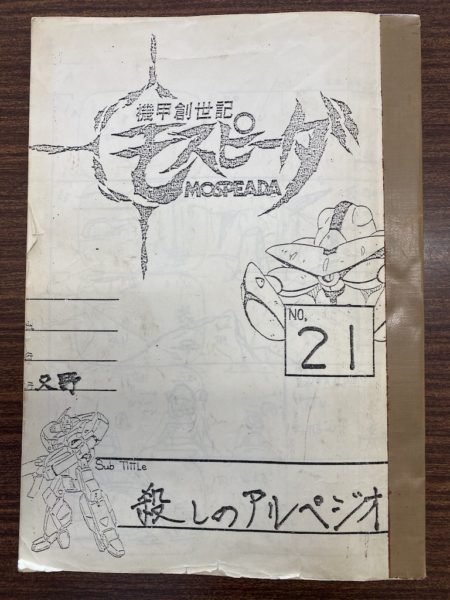 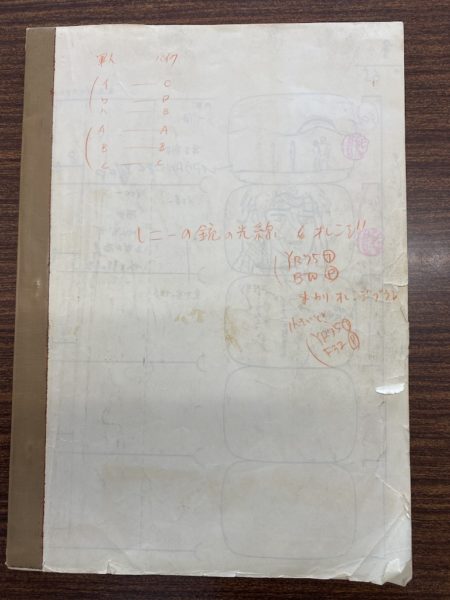 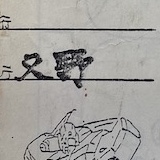 The name of the storyboard creator, Hiromichi Matano, is written in the book.
Mr. Matano is currently an animation director. 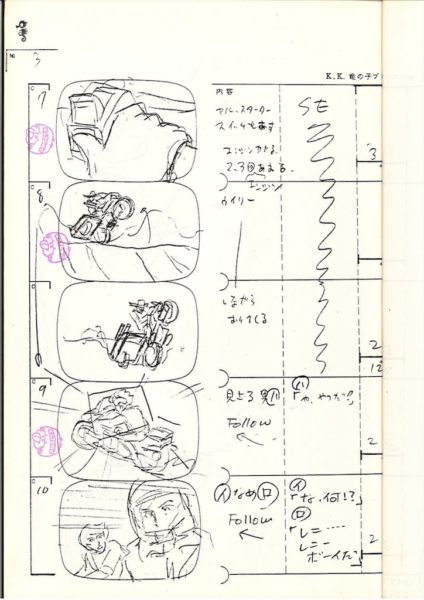 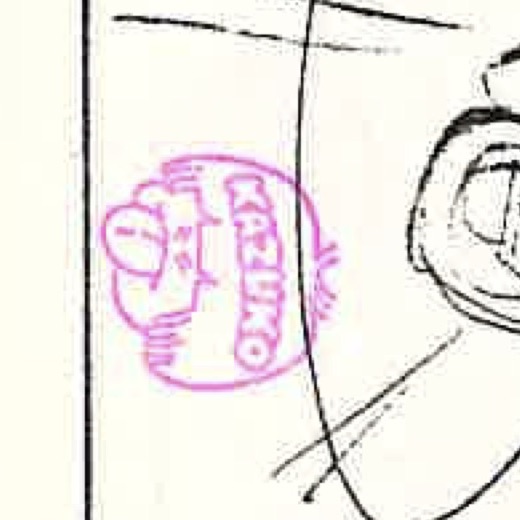 The stamp “KAZUKO” indicates that Ms. Kazuko Murakami, the color coordinator, has confirmed the contents of the scene.

In some scenes, color directions are written directly on the storyboard. 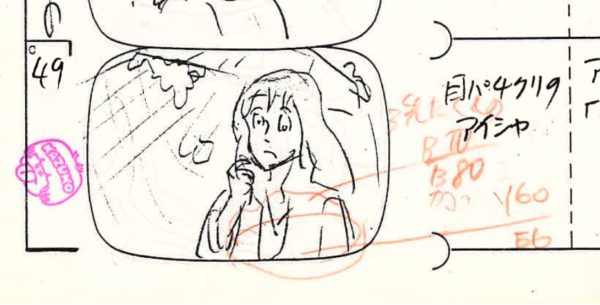 In online auctions we see color copies of storyboards for sale.
By looking at the stamps, it is possible to determine whether they are original or copies of the storyboard. 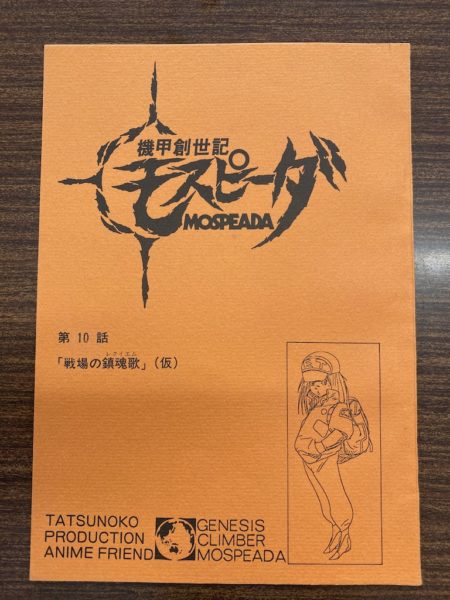 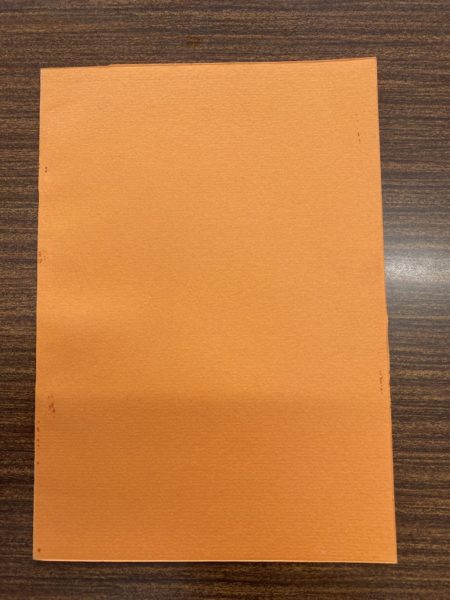 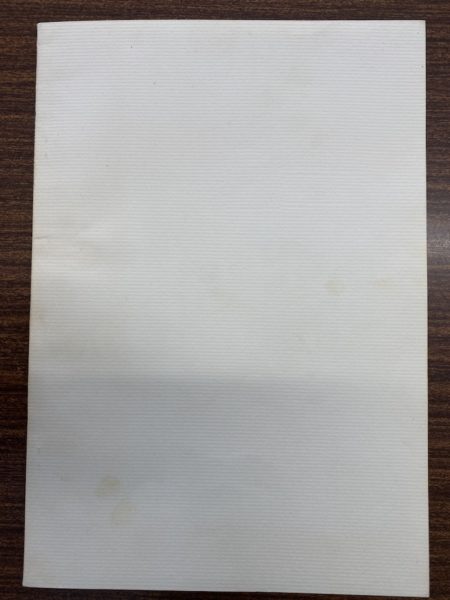 Shop
BY ONLINE
Contact
INQUIRY ABOUT
Tweets by kinkayasan
Rame-O